CTF-Mansion is a capture the flag map for Unreal Tournament created over 4 weeks in pairs of one level designer and one 3D artist at Future Games. CTF-Mansion is designed to be more similar to a Deathmatch/Team Deathmatch map rather than Capture the Flag, to serve as a hybrid between the two attempting to cater to both CTF and DM players. 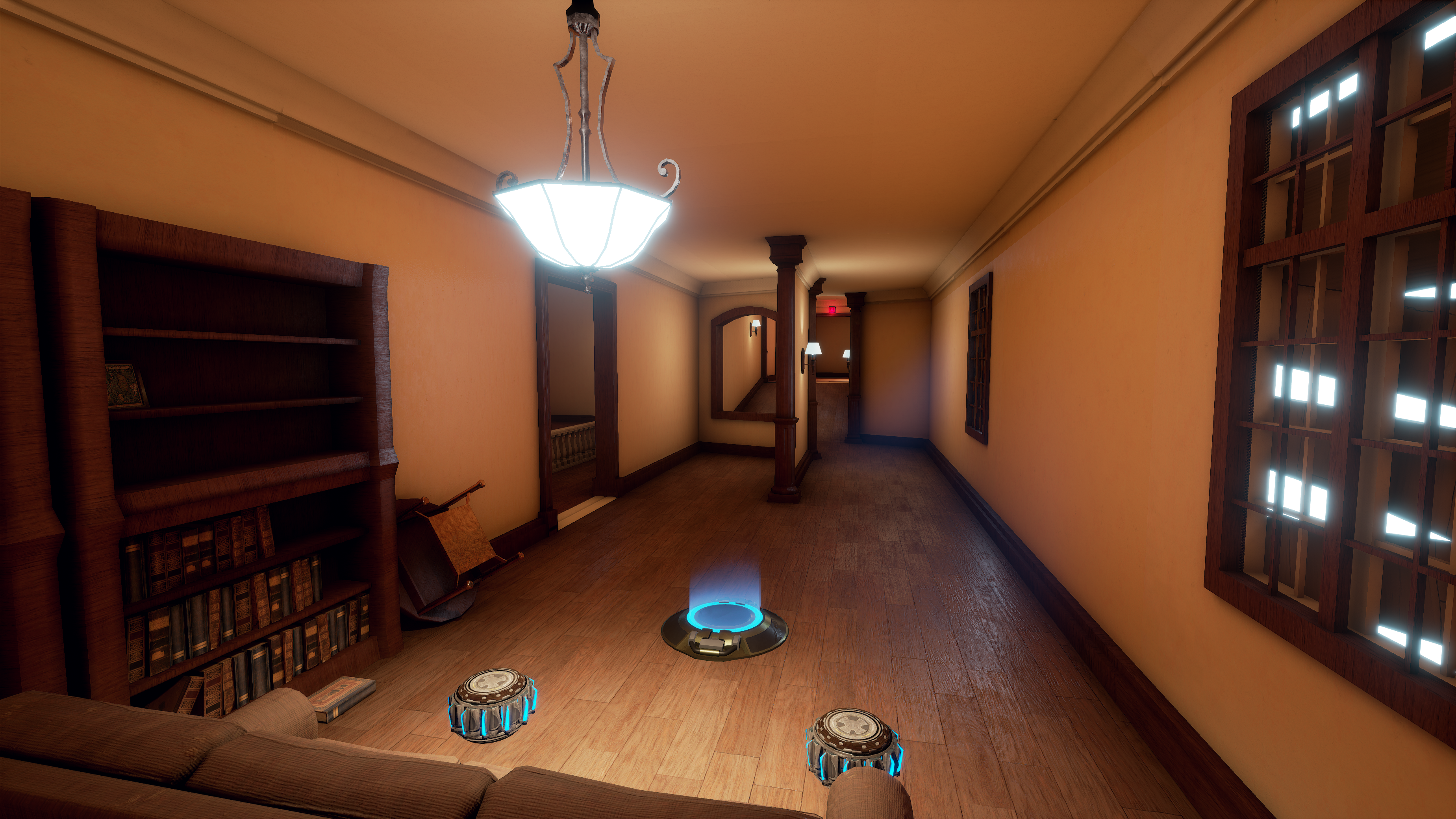 I saw the availible Capture The Flag maps for Unreal Tournament being these large maps with huge open areas perfect for sniping each other across the map and other designers I talked to in my class were planning to do huge maps or facing worlds type of maps and I wanted to do something different.

It is intentionally a smaller and more high paced level than CTF maps usually are designed. Aimed more towards Deathmatch and Team Deathmatch players who are used to a higher pace with lots of frags.

I argued with myself whether to include the Link Gun or not because it requires more skill to use and does not work very well in the close corridors. I decided to keep it in for now because it is a personal favorite, but in hindsight I probably should have cut it. 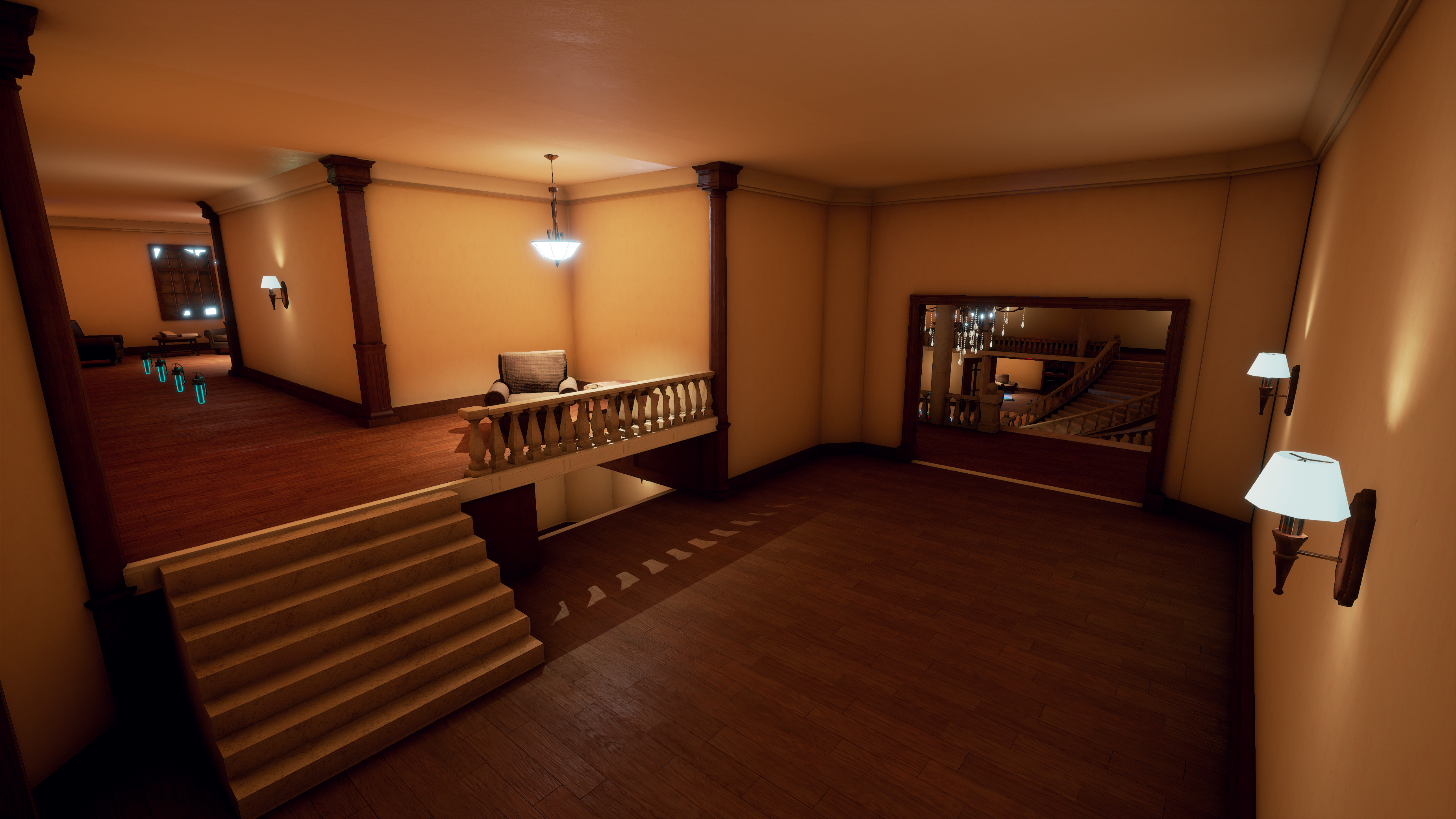 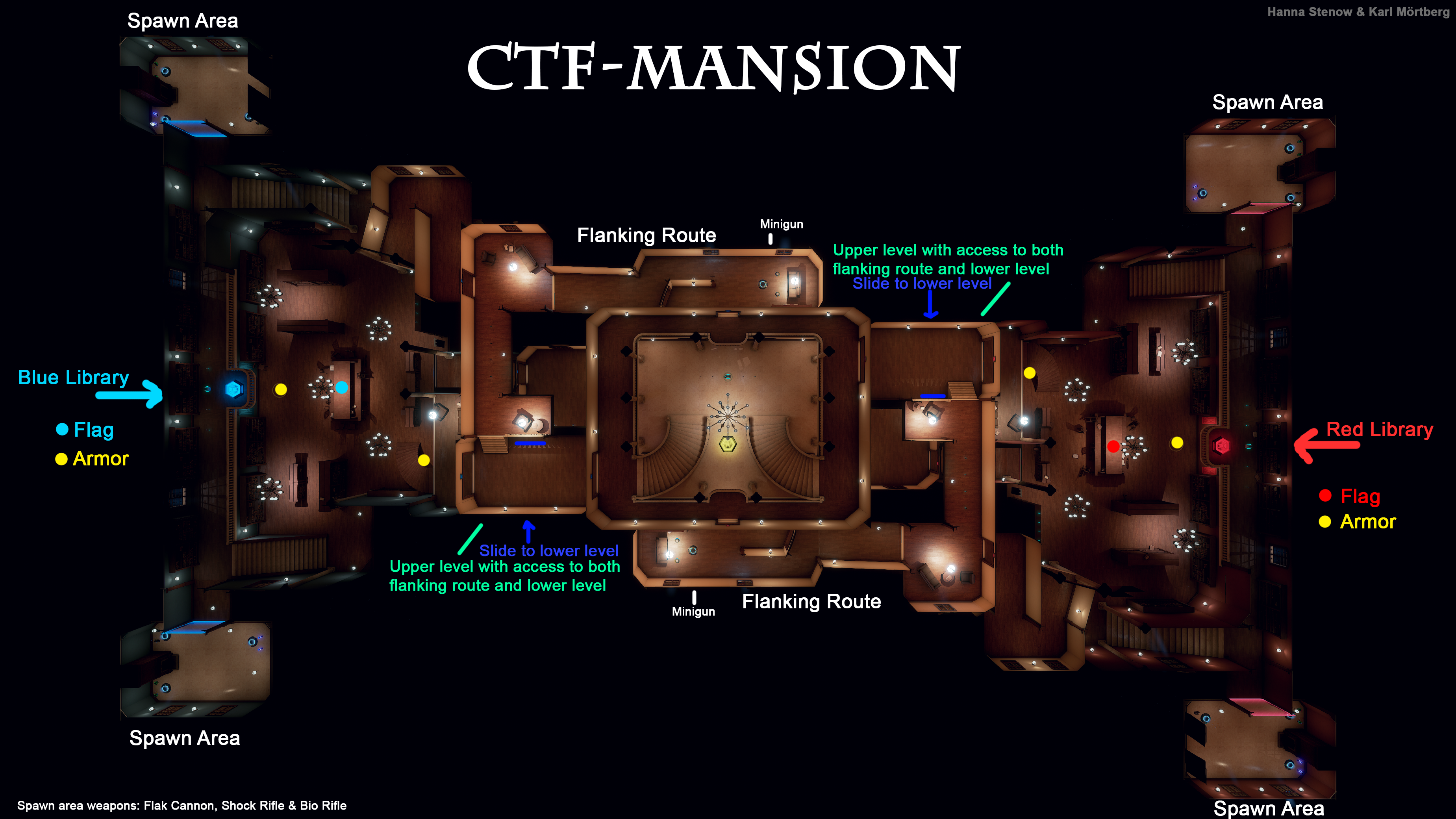 The map is mirrored because in the end it is a CTF map and neither team should have an advantage over the other. And the separate sides have their walls colored Red or Blue respectively and has a slight slight tint in the post-processing making the red area feel warmer and the blue area colder.

The level should be easy to navigate due to the colors on the walls and lights leading the players toward the flags. 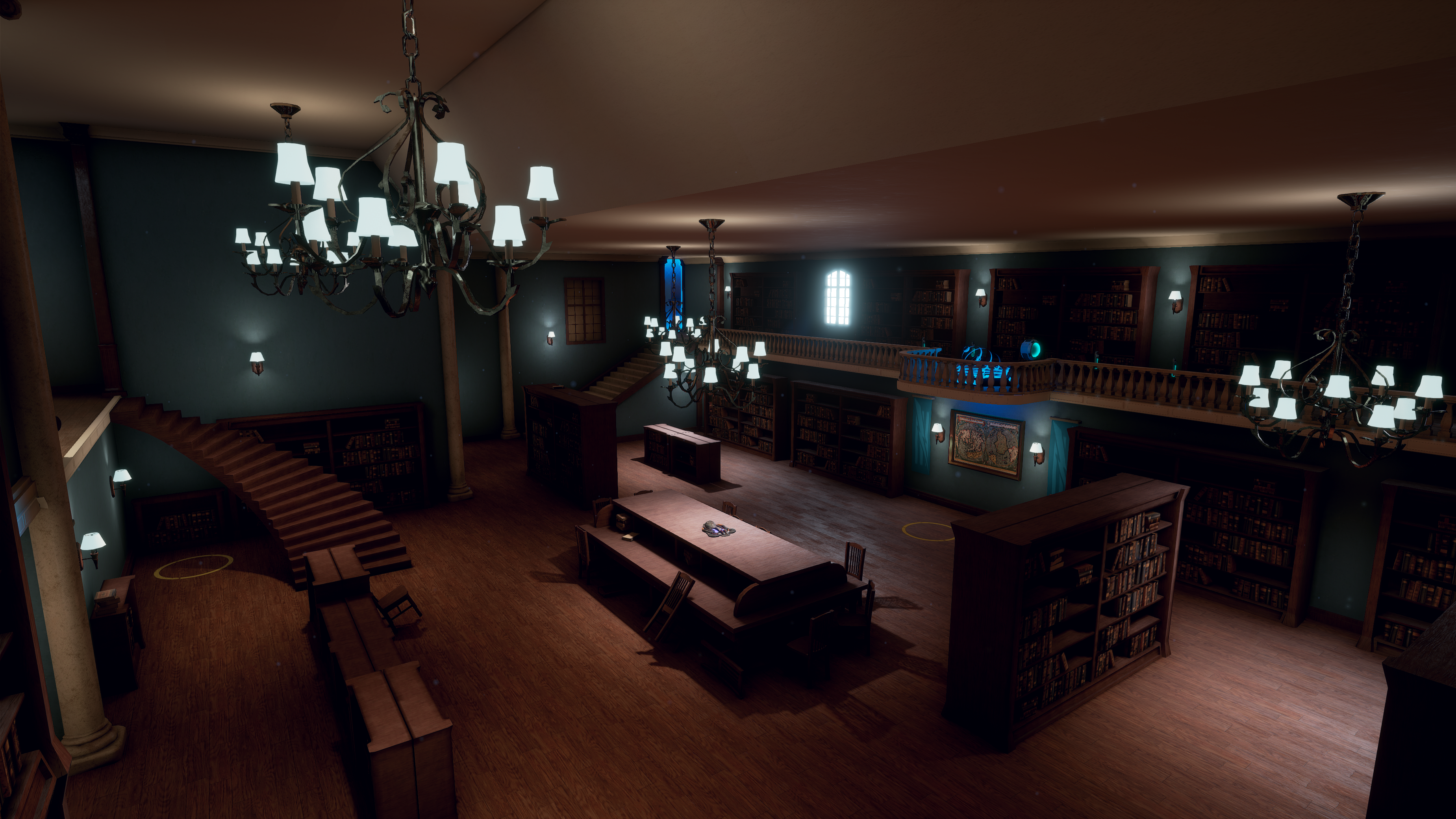 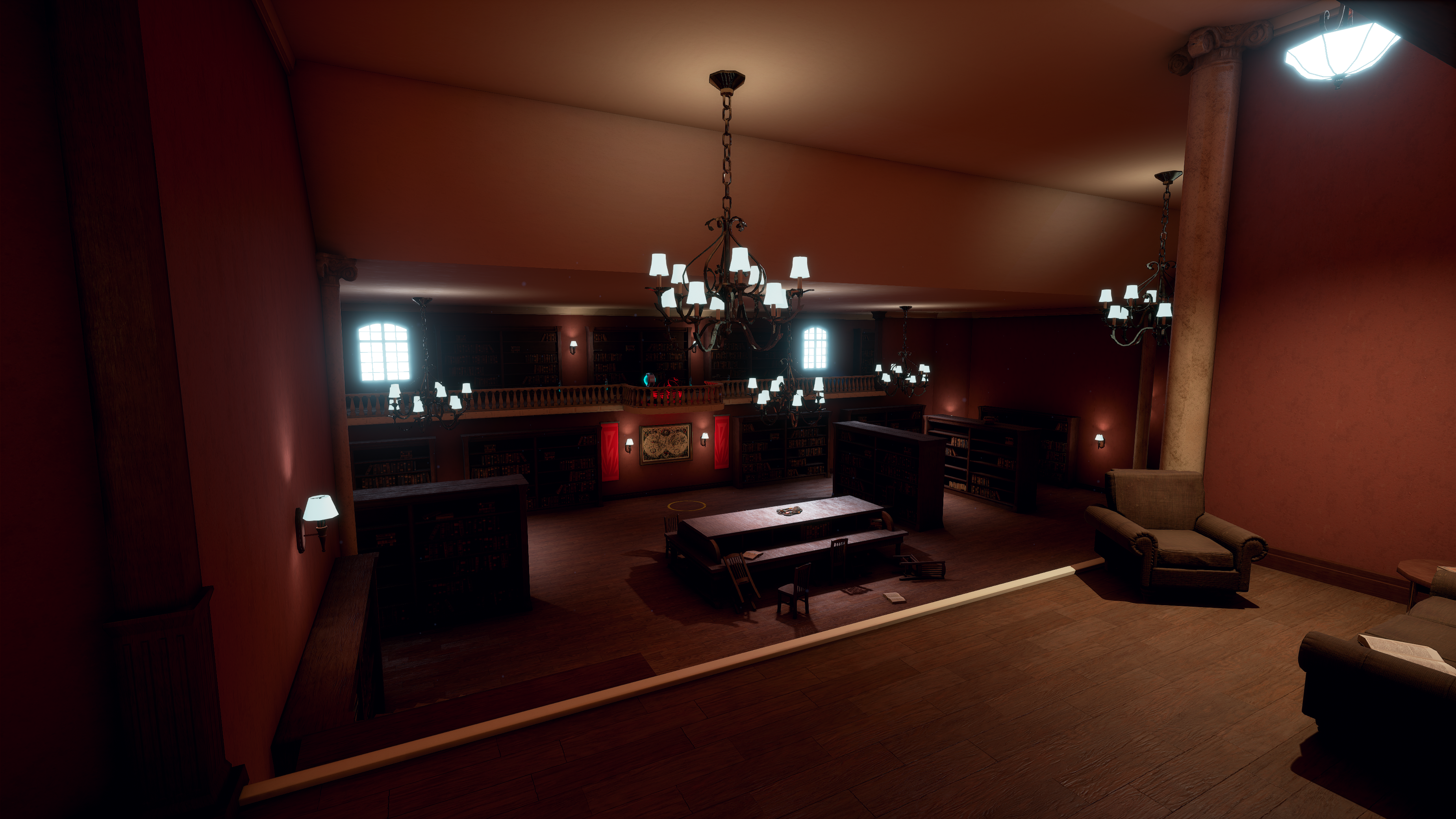 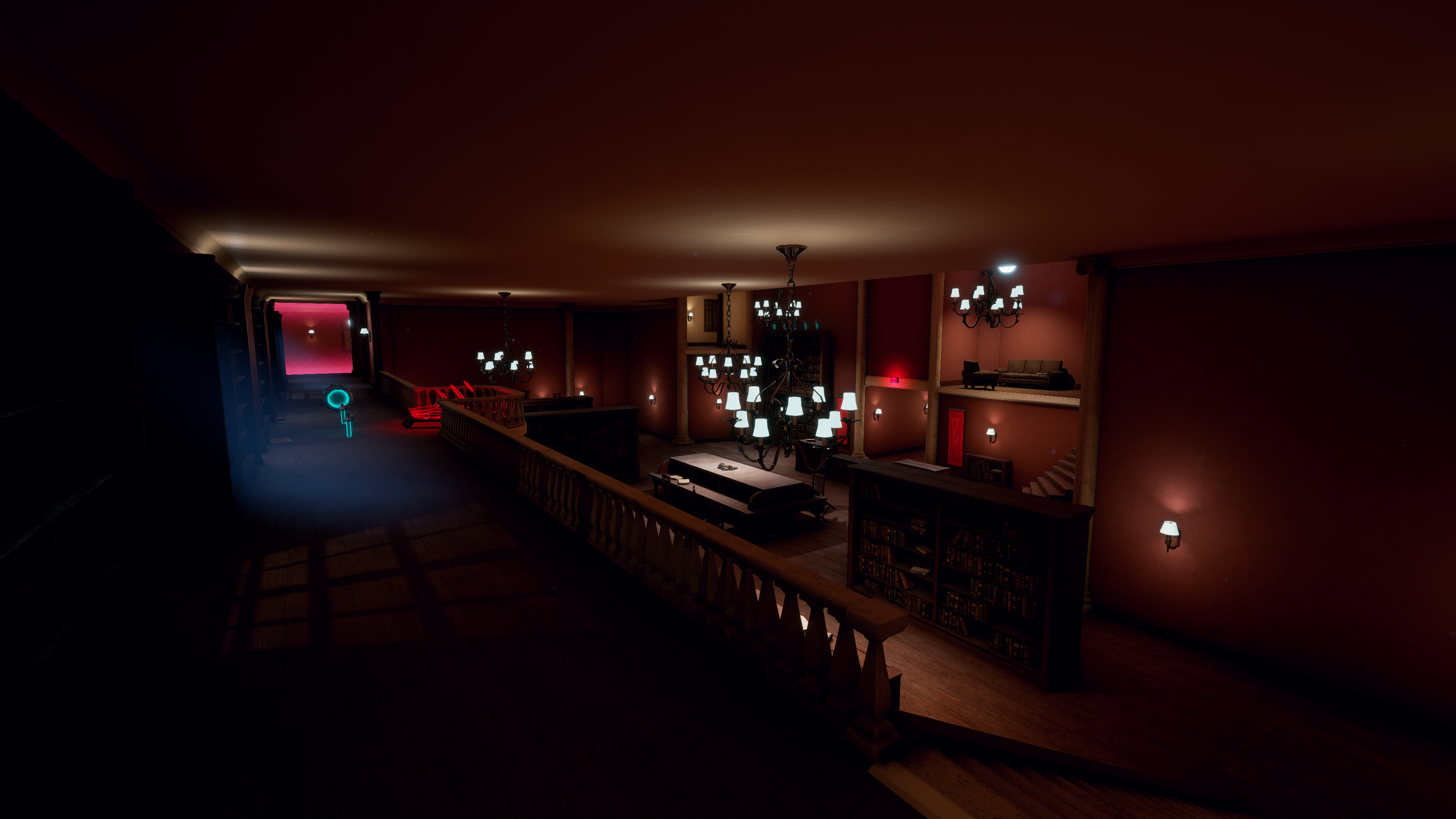 Red Library shown from close to the defenders spawn room.
4 / 4 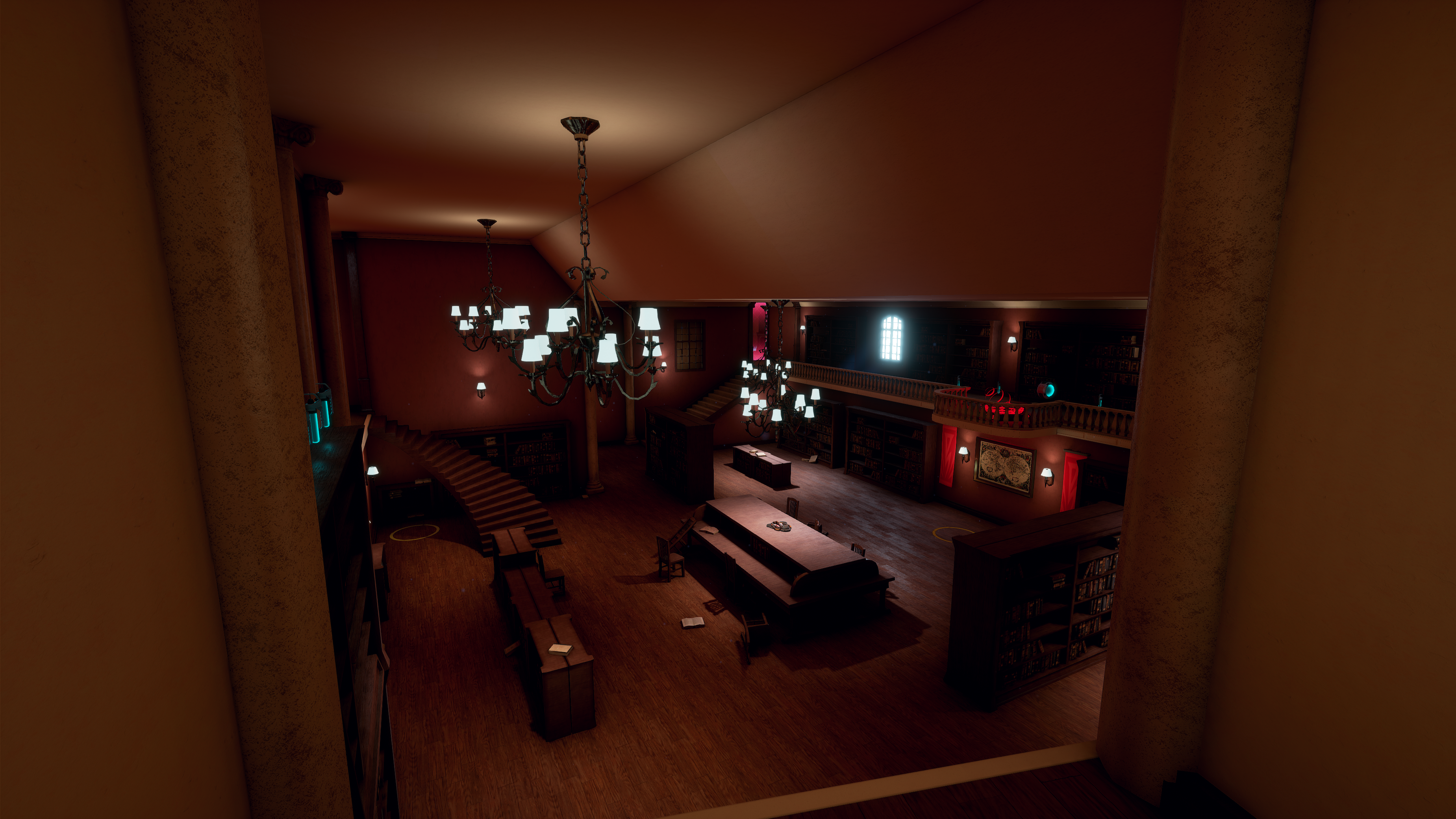 
This view is from the flanking route on the upper level of the blue library. There is a lot of cover for the defenders behind bookshelves, tables and the railing.

Harder to attack than defend - The defenders can move around more easily and have much more cover. The flag is placed on the central table exposed to almost every area of the room.

The only cover for the attackers is the lower bookshelfs in low ground, which are also close to an armor pack.

The flanking route on the left side of the upper level.

Corridor combat - The players have to fight their way through a narrow corridor, best attacked with a flak cannon due to the high efficiency of the shotgun spread in corridors but also being able to bounce the shots on the walls

The versatile route on the right side of the upper level.

Gives the player the ability to change to any of the other routes.

Can slide down to lower level under the railings.

Walk across the small health packs to get to the left side. 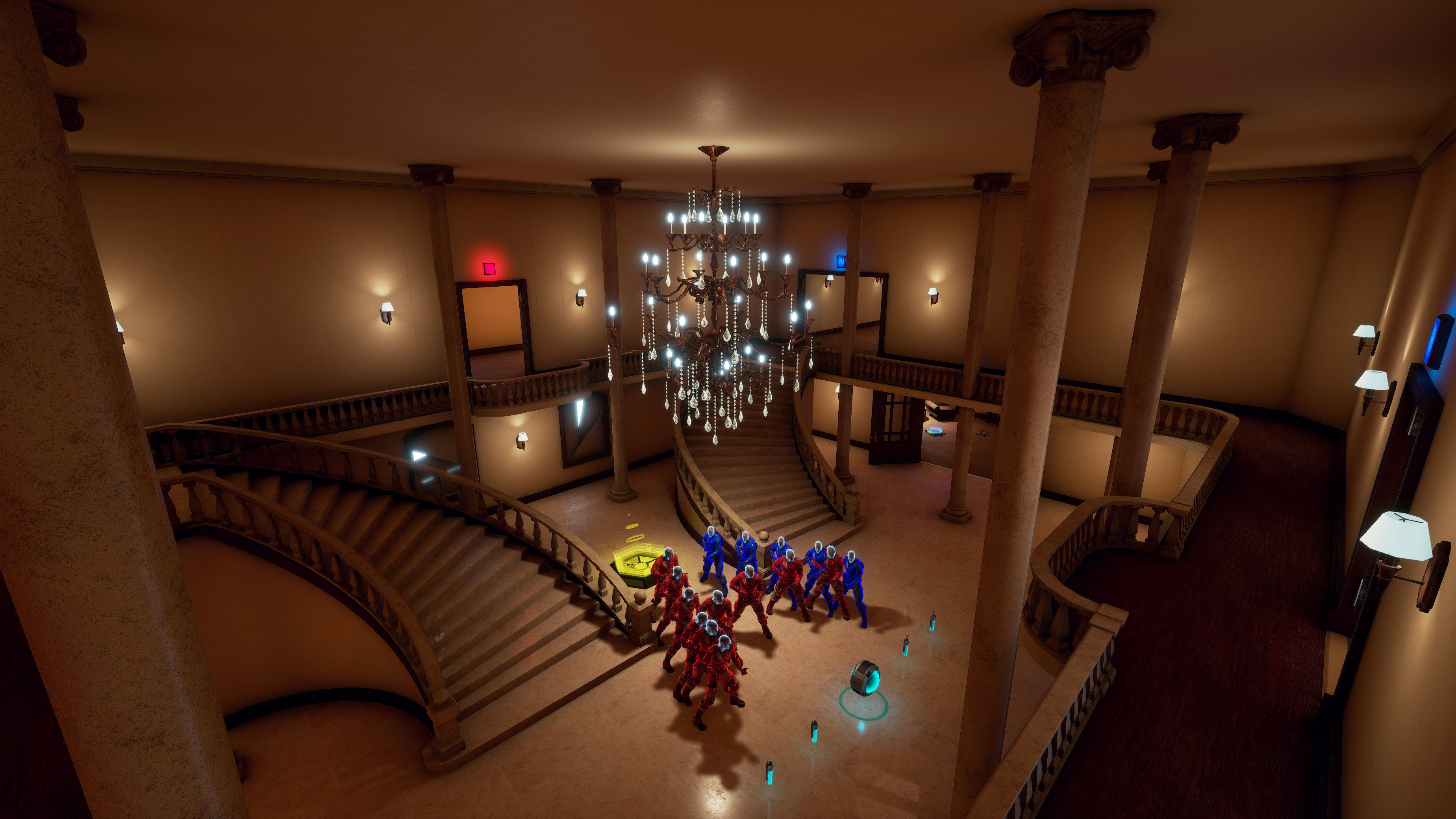 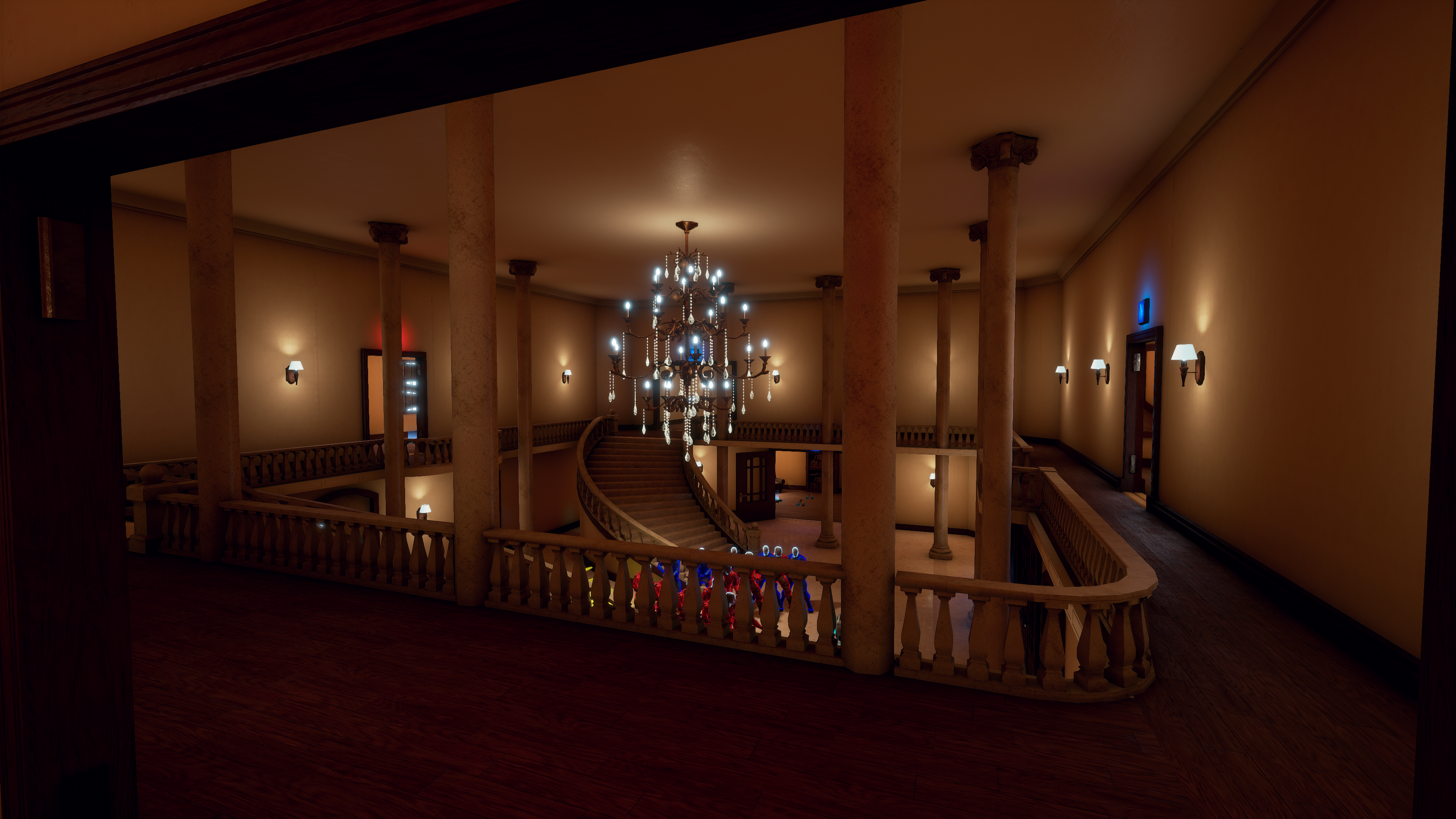 The chandelier blocks the vision across the room.
3 / 3 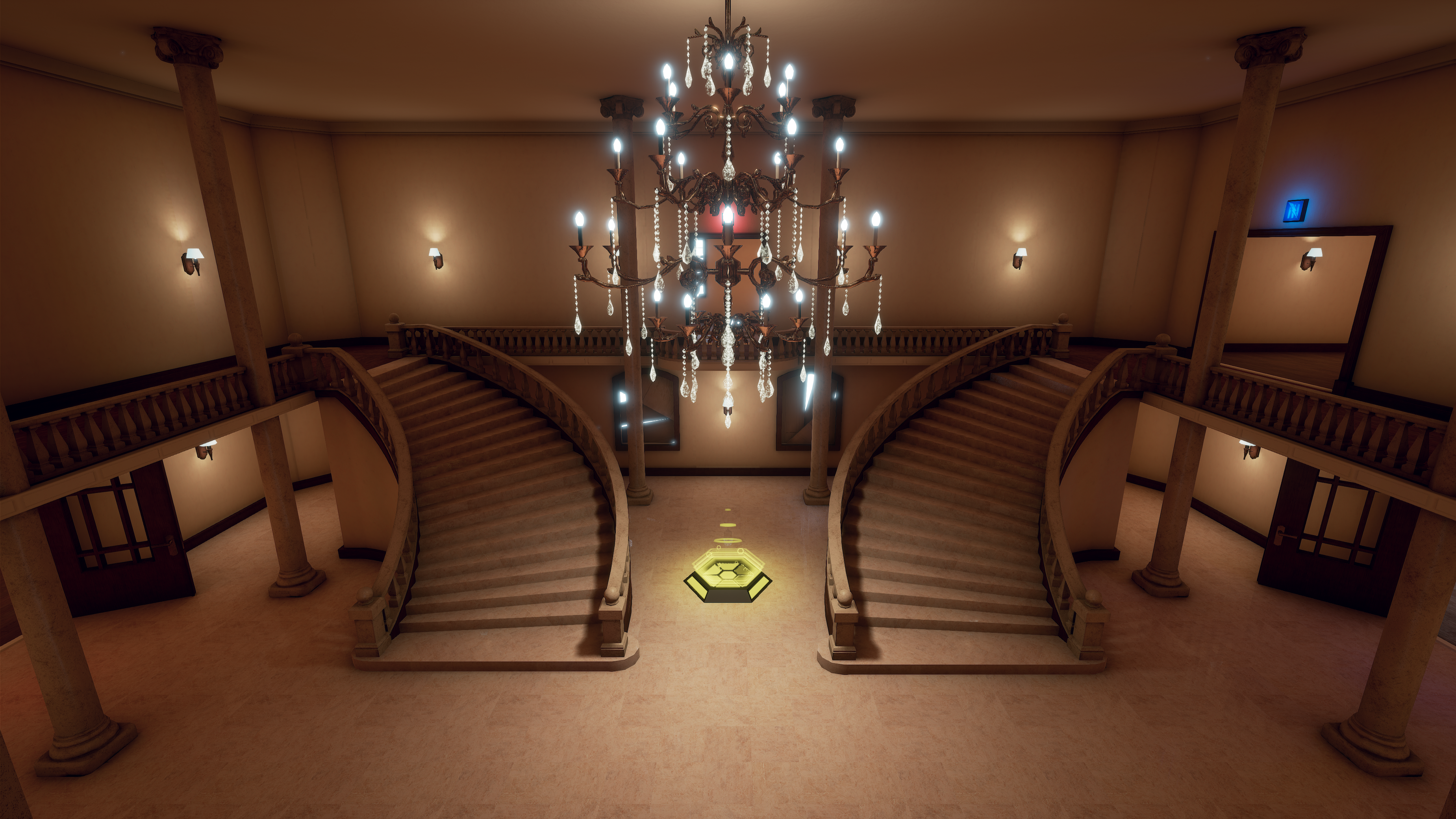 
The central room in the middle of the map.

The central area is where the most intense combat occurs. Pillars and Railings providing partial covers, Big chandelier blocking the sight lines across the level.

Health packs in the middle of the room to sustain the action for longer. And a jump pad for quick access to the upper level.

Blue/Red lights guide the player towards the flag areas. 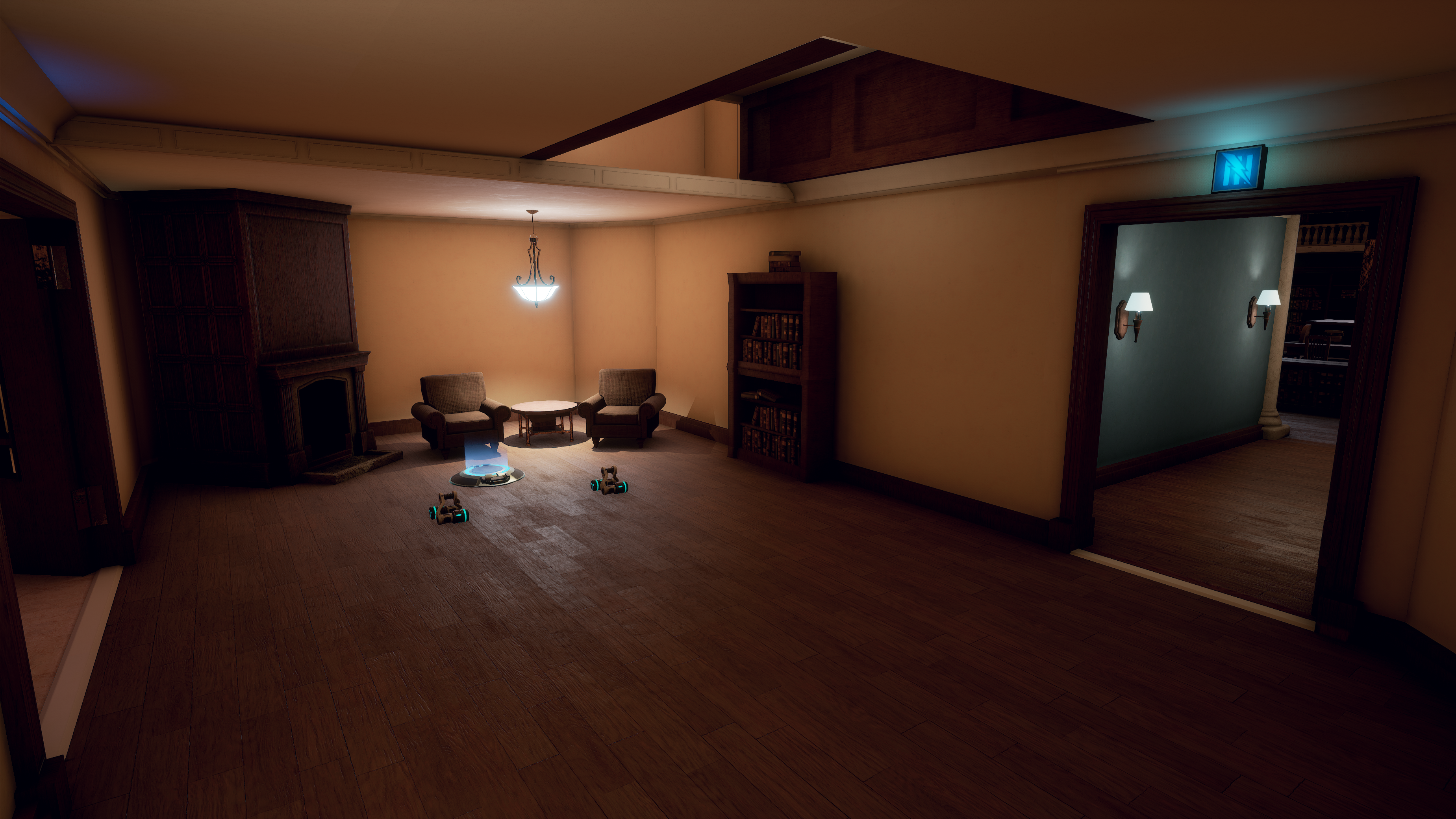 The lower and most direct route to the objective.

The most direct route to the flag, and also arguably the most dangerous one because it is easy to defend the small doors.

Can pick up a link gun on the way close to the flag room.

Access to the upper floor through the slide-hole by using the translocator. 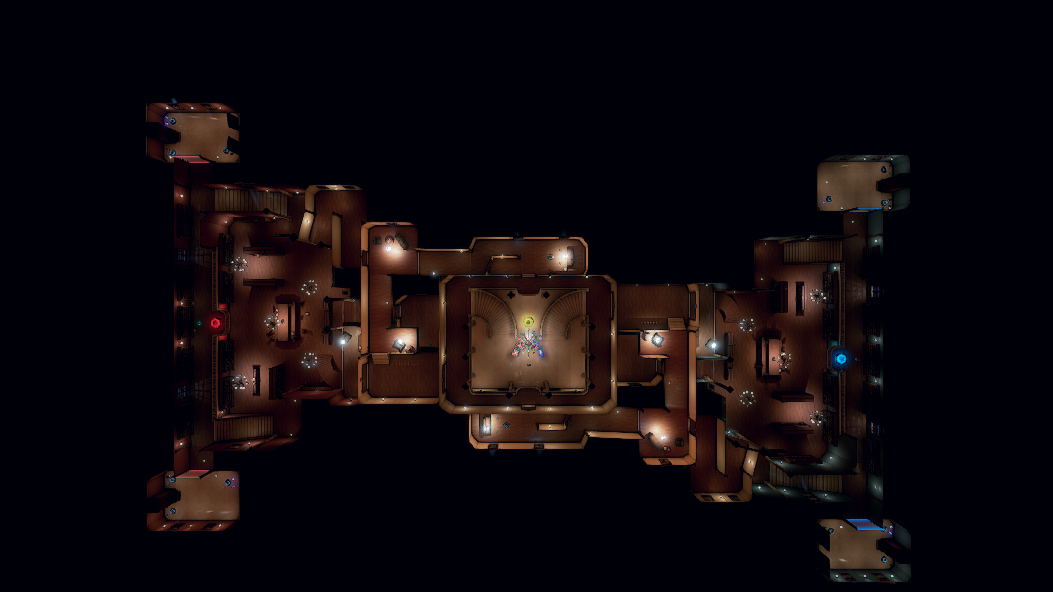 Closing thoughts on where I would go with the level if I had another couple of weeks to iterate and move forward.

More open areas! - I reached the goal of having a small and narrow level suited for high intensity combat. But after all of the playtests my conclusion is that it is TOO small and would benefit from wider corridors, larger rooms and possibly a third level on top of that to give more elavation and more uses for the translocator.

More space to move between floors! - Like i just mentioned the level is lacking verticality. Adding a third level and having more open air would open up more tactical options and possibly more interesting gunplay.

Adding at least one extra room! - Another area possibly outside the mansion with a powerful pickup that is highly contested and provides more open air and space for the players to move around.


IN CONCLUSION: - I would make the map larger with more open spaces and raise the roof. It is in my opinion too claustrophobic and the fast paced gameplay of Unreal Tournament could really benefit from larger gamespaces. 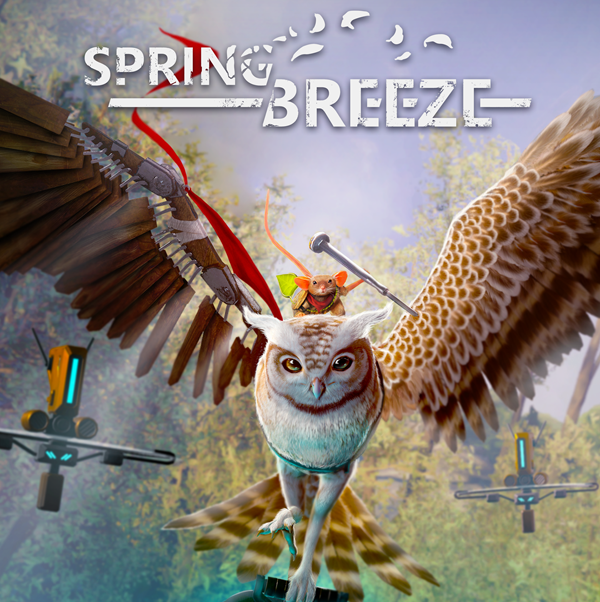 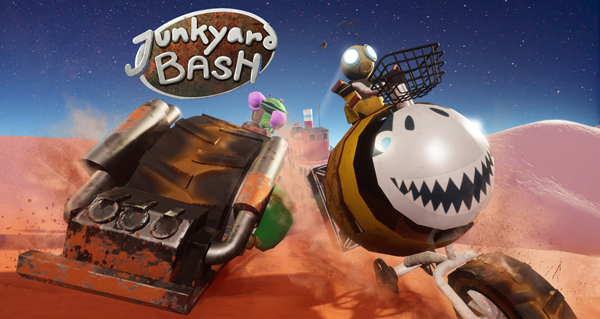 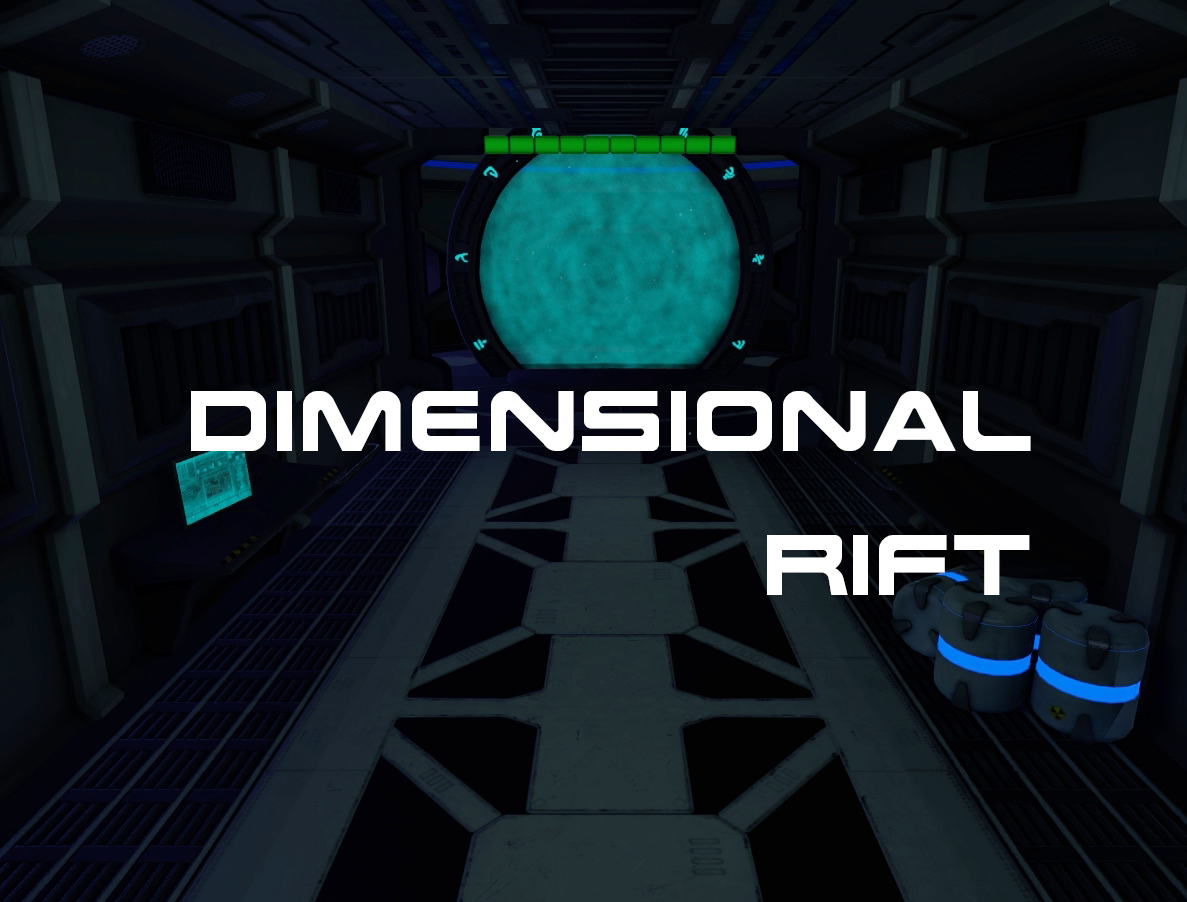 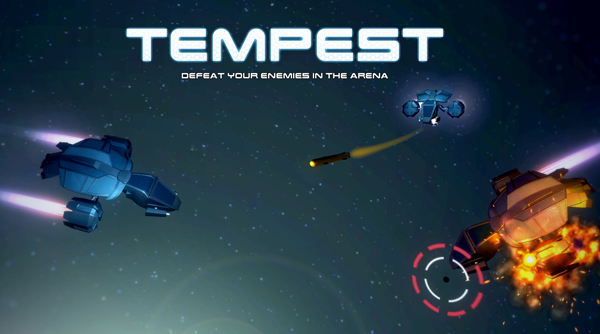